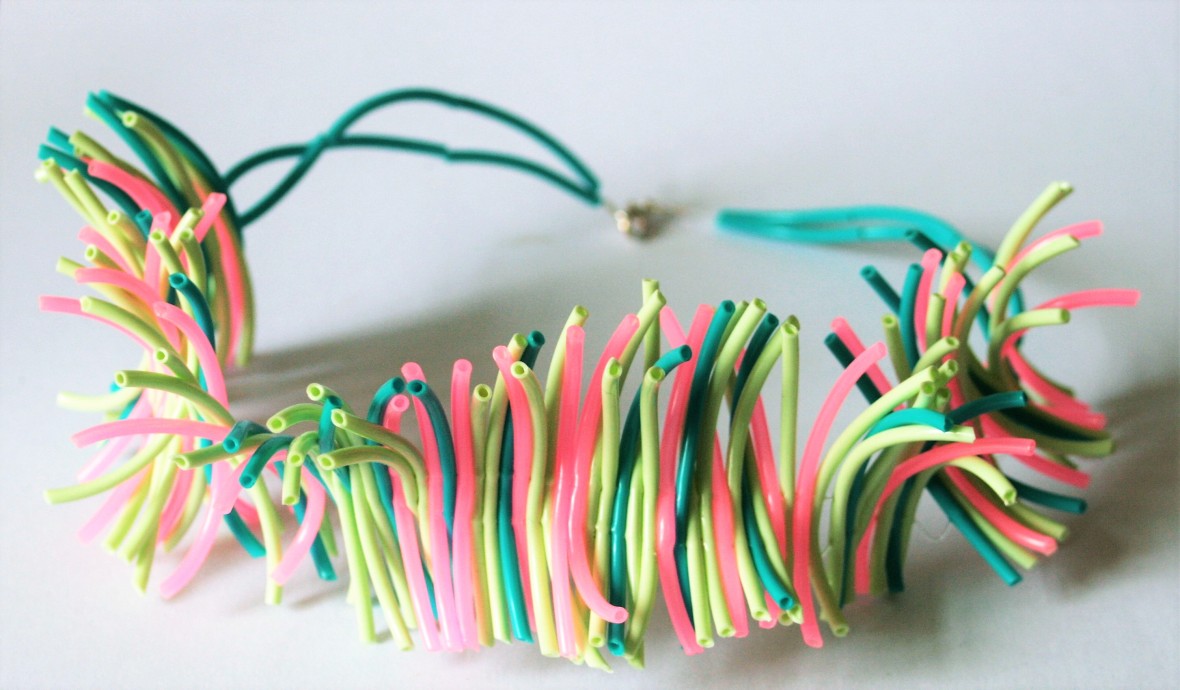 I wanted the curve of the plastic tubes to follow the curve of the neck, (a bit like a feather colloar) instead of going every which way, so I had to put 2 threads through. The first one is easy enough, but the second one is a right bugger to do, and probably takes too long to make it a viable shop piece. I also trimmed it down a bit, which meant it lost a bit of its wildness. Maybe too much.