I finished the yarn scrap monster.  He’s called Nox because he’s an end of day monster* – geddit? Sorry. Here he is.

Originally I made him without wings, but he looked naked and unfinished.

First I put the wings on sideways, but that looked all wrong too, so I took them off and put them on more bumblebee/beetle style. 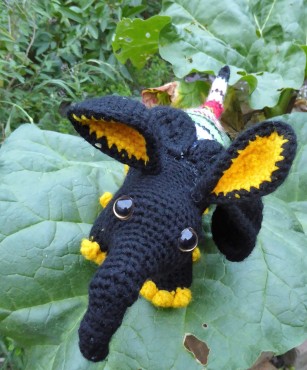 The wings are made with double treble stitch to give some transparency, and some black Scoubidou string framing the wings to give them a little rigidity.

I gave him a black head, tail, legs and stripes because I didn’t want him to be all chaotic. I wanted to showcase the multicoloured random stripes. 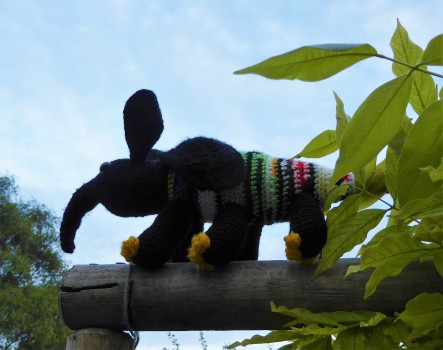 A bit like stained glass, I think the colours look brighter framed with black.

I think there’s some aardvark, some hummingbird, and some bumblebee in his make up. He’ll be joining the travellers over at the TM blog.

* i.e. made up of all the scraps left over at the end of the day – a term borrowed from glassworking.

One thought on “Nox The Snorfler”