It’s been a bit quiet on the blog, firstly because I was racing a competition deadline to create a pattern for this little miscreant. 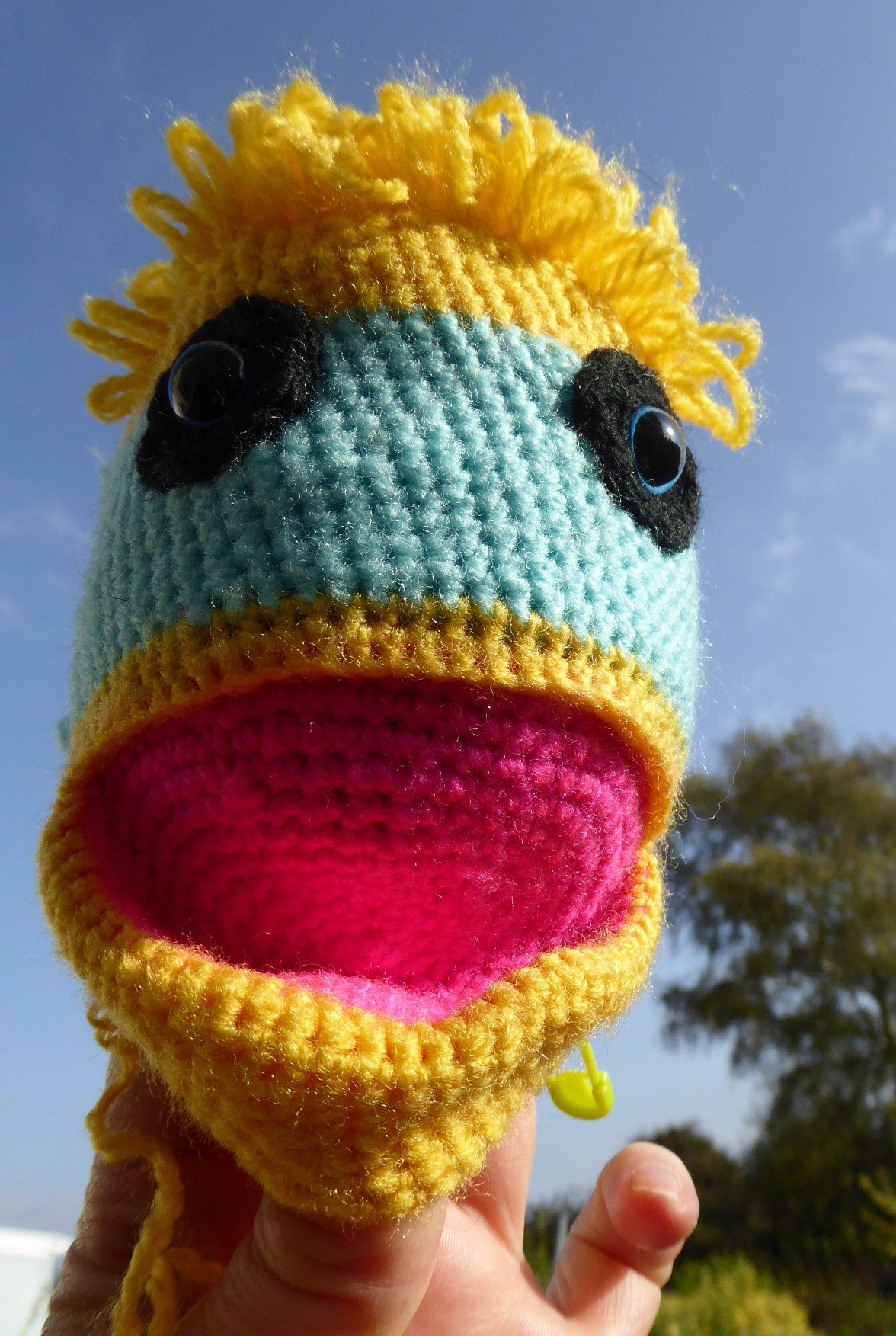 I’m not quitting while he’s a head. He will be a tribute to Tootle Parp, who is still MIA.

Secondly, I got an infection on top of the lurgy on top of the ME/cfs, and I couldn’t do much of anything for a while. I lost the race to complete the pattern in time, but we all win because now I’ve started it, I’ll finish and make it available in soft toy and puppet form.

Things I learned/relearned while working on the pattern:

I’ve also finished a travelling monster, been working on the neon green monkey’s clothes and hat, entered a flash fiction competition, and my bronze clay bits came back from their firing, so more updates to follow.

* In my case, go play with the Hellbeast who’s fed up with me doing boring human stuff and is now running around the house stealing things she knows she shouldn’t have and standing in front of me with them in her mouth to get my attention.