Oh, I’ll make a snake, I thought. What could be easier? You can get a little bit fancy with the head, but the body is just a tube. So why not challenge myself a bit and make a British snake? After all, I don’t usually try and make realistic-looking things. And adders have those nice distinctive zig zags down their backs. How hard can it be?*

Well, pride goes before – you know the rest. Cue me driving myself insane trying to get that snakeskin diamond pattern perfect.

This snake has kept me up at nights and tortured me in the days, but wrestling with the serpent has brought wisdom.**  I thought I knew how crochet stitches work and look, but I knew nothing until I tried to do vertical stripes on this adder. I ended up doing accidental tapestry crochet, because I’m carrying all three yarns through all the stitches to stop the snake being pulled into a weird shape where I change colours. I learned to really pay attention to how colour changes work in crochet. And I found that I was super picky about using the stitches to represent scales. I wanted an even texture that lined up down the body, which for me ruled out circular rows with turns, and other ideas (see below). 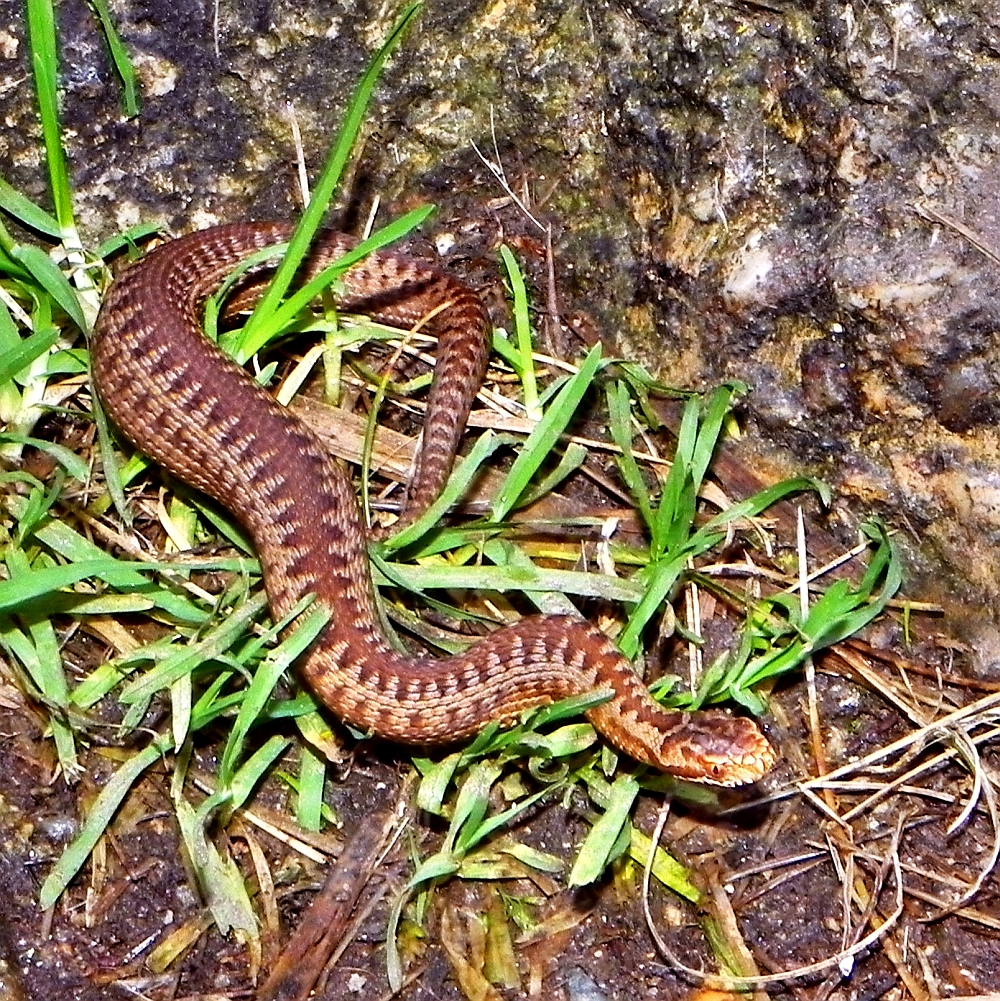 What I’m aiming for – a beautiful UK adder (photo by Robert Pittman on flickr).

Working up from the tail. A bit lumpy and the brown central stripe is a bit broad and wobbly, but not a bad start. 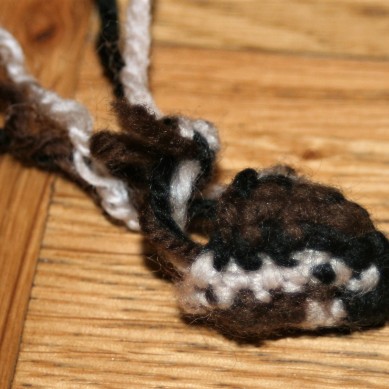 Unravelled back to the tip of the tail. 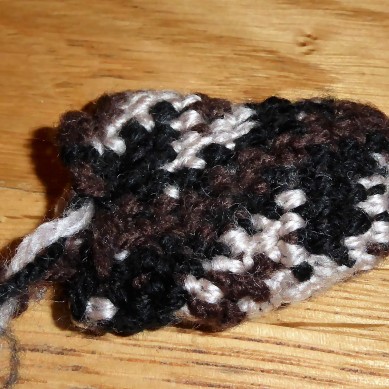 Attempts #2 and #3 where I tried using circular rows with a slip stich join and no turn to get the central brown stripe to go straight. Yeah, not so much.

Next bright idea: make the snake lengthways (starting from the middle). Then the central stripe will be straight. Abandoned because I still couldn’t get the diamonds right and the Vs of the crochet stitches don’t point down the snake’s body this way.

Attempt #5: start with a crochet chevron and fill in the gaps. Too cartoony, and again, the stitches/scales don’t lline up nicely down the snake’s body. 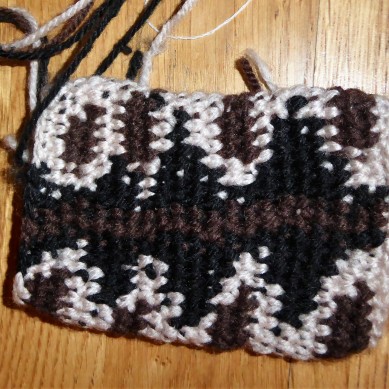 Current version. Instead of trying to lay down the pattern, get the stripe straight and increase stitches all at the same time, I’m starting from the neck end and will then reduce. My colour changes *still* aren’t perfect and nor is the pattern, but on we go.

There were a couple of other side experiments to try things out, and I’m pretty convinced there was at least one other failed attempt I’ve forgotten about. At one point I was going to put it aside, make a pretty snake as fast as I could for the Alzheimer’s Research project, and then come back to the adder. (The Hellbeast also decided to give me a “helpful” break by running off with my yarn and tangling it up hopelessly so I had to spend a couple of days making it usable again.) But now I’m going to stick with the current one until he’s done or I’m a gibbering wreck. Possibly both.

* The answer is usually really, really hard. But then we learn a lot along the way. I’m convinced a certain amount of optimistic ignorance is necessary to get started on some projects.

2 thoughts on “Mistakes and Adders”