There are two new additions to the March of the Snakes collection : Mervyn and Storm. They’re both the simplest design I’ve come up with, made in one piece from head to tail in double crochet (or single crochet if you’re in the US).

Mervyn was designed by, and made with, a great deal of help from Gaie Sebold, fantasy writer and friend extraordinaire. Thank you, Gaie! I wouldn’t have made it to 8 without you. 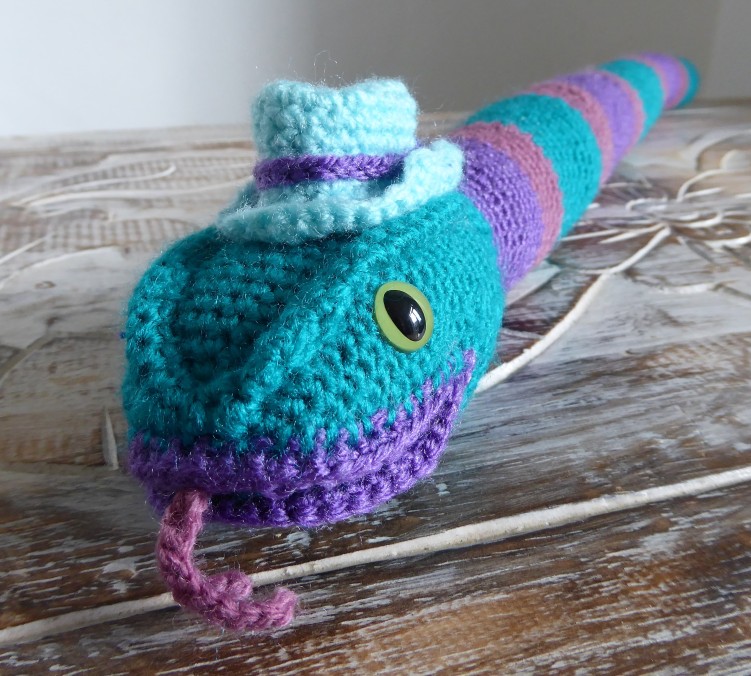 Gaie chose his colours and crocheted a lot of his body. 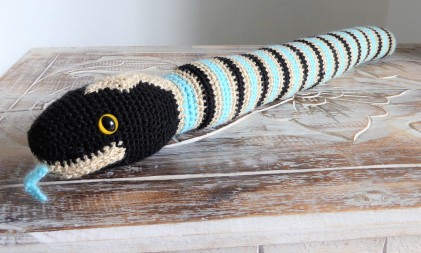 Storm is #8, made in the same way as Mervyn. 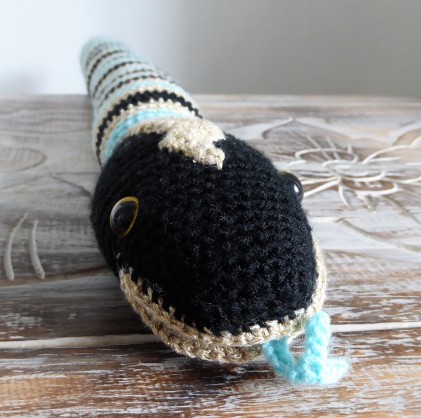 He’s just got a different colour scheme and different embellishments.

Left to right in order of making: Sniddy, Emerald, Ziggy, Blossom, Spike, Dotty, Meryvn and Storm. Blossom’s head has been de-bumped, Spike’s hat is stuffed and now sewn on instead of pinned, Dotty has a new bow.

It’s been interesting trying out different ways of making the same thing. I don”t often do that.

The slithery friends went into the post today. My designated month for snaking is now up, although I will try to finish my adder and get him sent out in time for the world record attempt. Best of luck, Slither of Snakes.  I wish you a happy and successful day!

2 thoughts on “The Snakeful Eight”